1What is the HFIVE5 commission plan?

HFIVE5 commission plan is an affiliate program , through which you can earn commissions based on the net loss of every member and total active member you referred to hfive5sgd2.com

2How can I register with the affiliate program?

To join our affiliate Program, simply fill out the Registration Form on our website and within 3 business days you will be contacted by our affiliate program manager regarding your acceptance into the program.

To sign up on HFIVE5 affiliate program is absolutely free.

4Can the affiliate himself also be a player?

5What are my responsibilities as an affiliate?

As an Affiliate, you are responsible for promoting HFIVE5 by implementing the advertising, banners and tracking URL's link on your websites, e-mails or other communications.

1How do I know how much commission I am making?

HFIVE5's affiliate team is at your service 24 hours a day and we provide online stats for you 24 hours a day. Login with your username and password to our secure affiliate stats interface page to see how much you've earned and other relevant stats.

2When will the commission be paid?

The commission will be paid to you monthly within approximately 5-7 business days. From the end of each month.

3What is the minimum withdrawal request amount?

The minimum withdrawal request is SGD 30.

4Will the negative balance be carried over?

Yes, when you incur a negative balance, it will be carried over to the next month.

If for the month of January your affiliate account ends with - SGD 1000, this amount will be carried to February.

If at the end of February your affiliate account earns SGD 3000, the total balance will be SGD 2000 ( SGD 3000 deduct - SGD 1000). However if your account is still making a loss at the end of February, for example - SGD 500, then it will be added to the previous negative and be carried forward to March resulting in your March balance brought forward to be - SGD 1500. The commission earned shall then be paid according to the scale.

1How do I change the information in my account?

2What to do if I forget my login details? 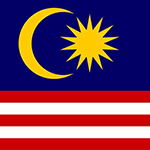 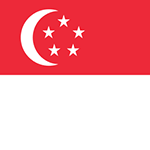